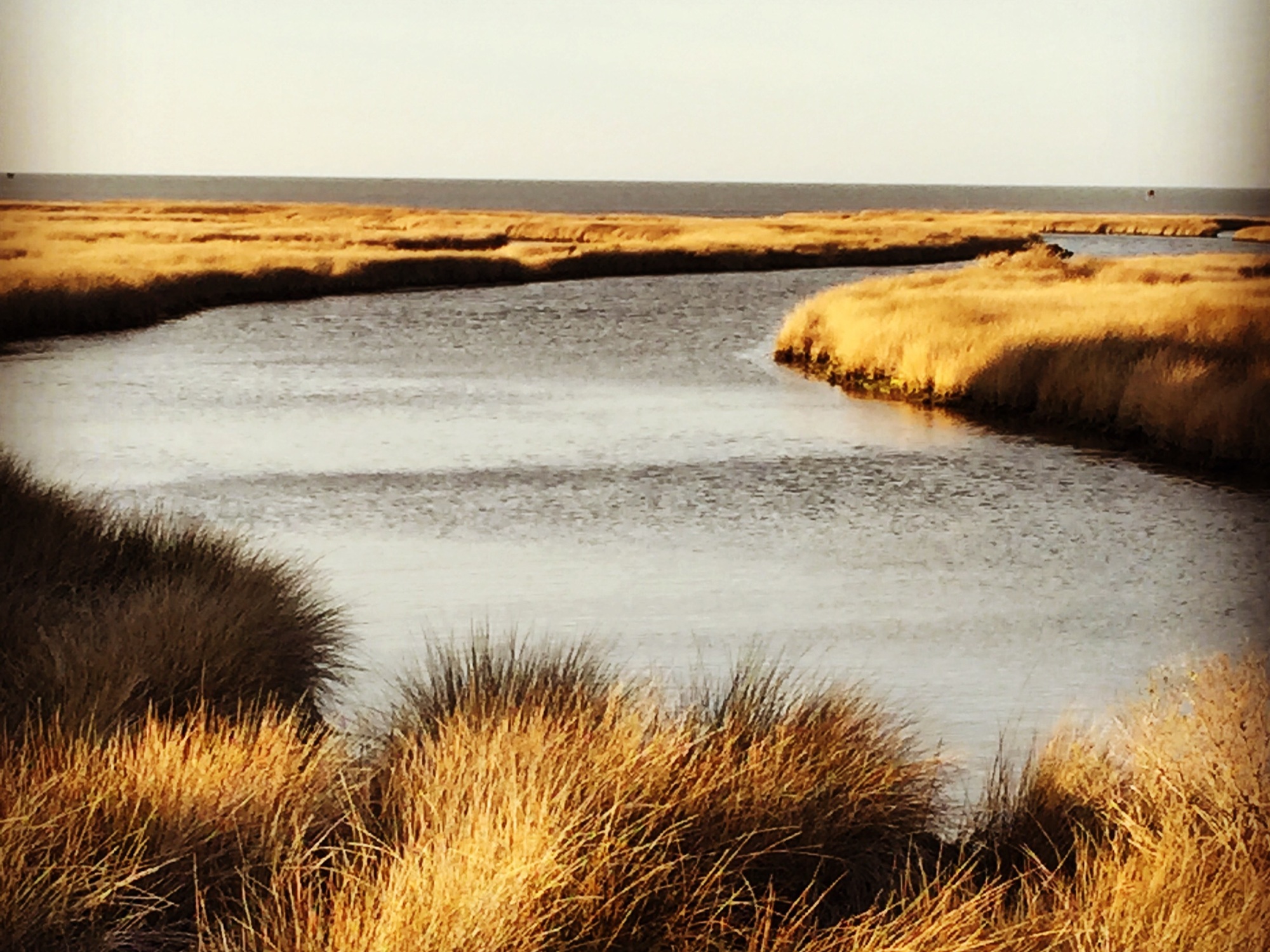 The case of freedom for Amanda Knox. 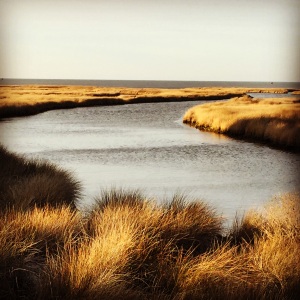 Every good and perfect gift is from above, coming down from the Father of the heavenly lights, who does not change like shifting shadows. (James 1:17 NIV)

This may be a difficult topic to tackle and for some, difficult to read. And I also realize that is has nothing to do with oncology, but allow me please to digress into this for just a moment. I know how controversial some of Amanda Knox’s story may be, but hang with me as I try to sort out what I feel like God is telling me through this series of events, unfolding to completion this week.

I have sort of half-way followed this drama from the beginning, and for the record right up front, I will just say I have no idea what happened that night because I was not there. I am not trying to take a side or declare if she was guilty or innocent. But as the events have unfolded over the last week, I am drawn into an overwhelming notion relating to her battle, her journey, and now her freedom.

So just a short history of this case— if by some off chance you do now know the background of her story — or if you have chosen not to follow the saga. In summary, American Amanda Knox lived in Italy in 2007 with her British roommate Meredith Kercher, who was murdered that year in a particularly horrific way. Amanda and her then boyfriend Raffaele Sollecito were convicted of her murder and sentenced to greater than 25 years in prison. In 2011, they were both acquitted of the murder and were set free. Amanda returned to the United States. She remained a free woman in the United States, but the story was not finished. In 2013, another trial was ordered for the murder by Italy’s Court of Cassation, Italy’s final court of appeal, and Knox and Sollecito were again found guilty of murder. They were again sentenced to prison, Knox facing a 28.5 year sentence in February 2014.

While I am not attempting to restate all of the history of this murder, nor the gruesome details of what happened to the victim Meredith Kercher, you can refer to this link to read more details: http://www.biography.com/people/amanda-knox-20663285#another-guilty-verdict.

One of the controversies surrounding the conviction of Amanda Knox was the manner in which the arrests and convictions took place. There was never any direct DNA evidence linking the murder to Knox directly. Knox has maintained her innocence throughout the entire process, making the case draw much international attention, especially here in her home country.

So Amanda Knox spent a significant amount of time in prison in Italy, although not the 25 years she was initially sentenced. In other words, she very much knows what life would be like in prison.

And she was set free to return home after some time.

Then she was potentially facing going back….for what would be the majority of her adult life.

This is a sentence that is incomprehensible to most of us. I cannot even get my mind around it. Regardless of what she did or did not do, this was her reality now. She may be going back to the prison she had miraculously left behind. It is nightmarish.

This week, the highest court in Italy has definitively and finally acquitted her and she is free. She will not be going back to prison and she is free to travel anywhere without restriction, and the news was announced this week. Her response aired in a news conference on all radio and news stations around the world, and you may have heard it or seen it. I was driving in my car when the news came on and I could hear her voice but could not see her face as she reacted to her miraculous news. She was free. At last she now knows her fate. (See a short recap of her reaction here: http://www.cnn.com/2015/03/27/europe/amanda-knox/ )

Again, I am not sure what happened on that night other than I know that was the night when a precious daughter to now heartbroken parents was brutally killed – Meredith Kercher. What happened to her really, and who did it? We likely will never know the whole story there. But just as Daniel 7:9-10 tells us – there is a judge who was there and saw everything…

“As I looked, “thrones were set in place, and the Ancient of Days took his seat. His clothing was as white as snow; the hair of his head was white like wool. His throne was flaming with fire, and its wheels were all ablaze. A river of fire was flowing, coming out from before him. Thousands upon thousands attended him; ten thousand times ten thousand stood before him. The court was seated, and the books were opened.” (Daniel 7:9, 10 NIV)

The reality is that we may not ever know what happened but our Ancient of Days knows….our Father and creator who has been there from all beginning knows what happened that night.

And it hit me:

Isn’t that the same gratitude we should feel every day for the life we were given when Christ gave us freedom on the cross!

We do not even know the hell we were saved from when He died for us. We have never been to that prison! Yes, we suffer here unimaginable tragedies and losses, pain and misery, but that is nothing compared to the suffering of eternity separated from our Father and creator, our Ancient of Days who is with us even now through every moment of life we have here on this earth!

We have been saved from certain death – only because God sent His son to die for us! We did nothing to earn it – in fact historically we have done everything to to destroy that life that He wants for us. And yet He freely died for us….He didn’t just die an easy death (if there is such a thing) but he suffered for us! That means He suffered for ME and for YOU and for Amanda Knox and for every sinful act we have committed we are set free only by accepting and receiving Christ’s love for us and what He did!

We should all be standing on a podium, surrounded by flashes and cameras and microphones, to proclaim our joy and gratitude for being set free! Amanda Knox knows what hell could await her if she returned to prison for the remainder of her 28.5 year sentence. We cannot fathom the destruction we would face for the remainder of our sentence — all of eternity — had Christ not sacrificed for us. Can you understand the magnitude of this gift we have received? Shouldn’t the news stations be broadcasting our joy every hour of every day for this amazing freedom we have been given?! The High Court is working on our behalf when we accept the gift of Christ! And why wouldn’t we accept the gift of freedom for all of eternity?! Is prison a better option??

We will one day face the Ancient of Days, with His high court, and the books will be opened. And we have sinned no doubt. But through Christ we are forgiven. There is no act you can do on your own to earn that freedom. The only way to eternal life is through Christ. You will have no act, no defense, no bargaining power, unless you have accepted the gift of Christ and the sacrifice He made just for you and for me. There are no appeals, no alternative roads, no second chances there. He is the way, and He is waiting for you to make the call.

John 14:15-21 NIV
““If you love me, keep my commands. And I will ask the Father, and he will give you another advocate to help you and be with you forever— the Spirit of truth. The world cannot accept him, because it neither sees him nor knows him. But you know him, for he lives with you and will be in you. I will not leave you as orphans; I will come to you. Before long, the world will not see me anymore, but you will see me. Because I live, you also will live. On that day you will realize that I am in my Father, and you are in me, and I am in you. Whoever has my commands and keeps them is the one who loves me. The one who loves me will be loved by my Father, and I too will love them and show myself to them.””

My prayers go out to Meredith’s family and all those who have suffered through this terrible tragedy surrounding this case. No outcome in any court could bring back Meredith or undo the horror that she suffered. There is a judge who was there, and He will deal with that apart from any action we take here.

My heart is moved beyond measure at the realization of what freedom we have been afforded by the gift He gave us by sending His Son here – to show us the way and the light – and the Glory of our Father. He is our forgiveness, He is love and He is our eternal life and Holy freedom. Praise His name for always and share His amazing news!

“Jesus answered, “I am the way and the truth and the life. No one comes to the Father except through me.” John 14:6 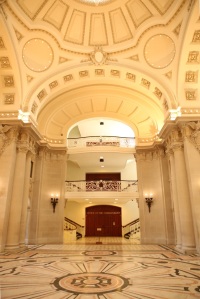 2 thoughts on “…the case of freedom…and amanda knox”